We are actively seeking applicants with military experience. Idaho National Laboratory has a long legacy of military hiring, and remains committed to our veterans. We salute your service.

At INL, we understand the value of the diversity of skills that comes with your unique experiences. We know that teamwork, strong leadership and dedication strengthen our laboratory’s ability to perform groundbreaking energy research.

“Our veterans play a vital role at Idaho National Laboratory,” said INL Director Mark Peters. “Soldiers are smart, disciplined, value teamwork and possess a strong sense of patriotism. Given the importance of INL’s clean energy and national security mission to our nation, veterans are an ideal fit.”

Continue to serve your nation in a whole new way, explore your opportunities at Idaho National Laboratory. As of fiscal year end, September 30, 2018, INL’s workforce consistent of 4417 employees, of which 9.35% are veterans. 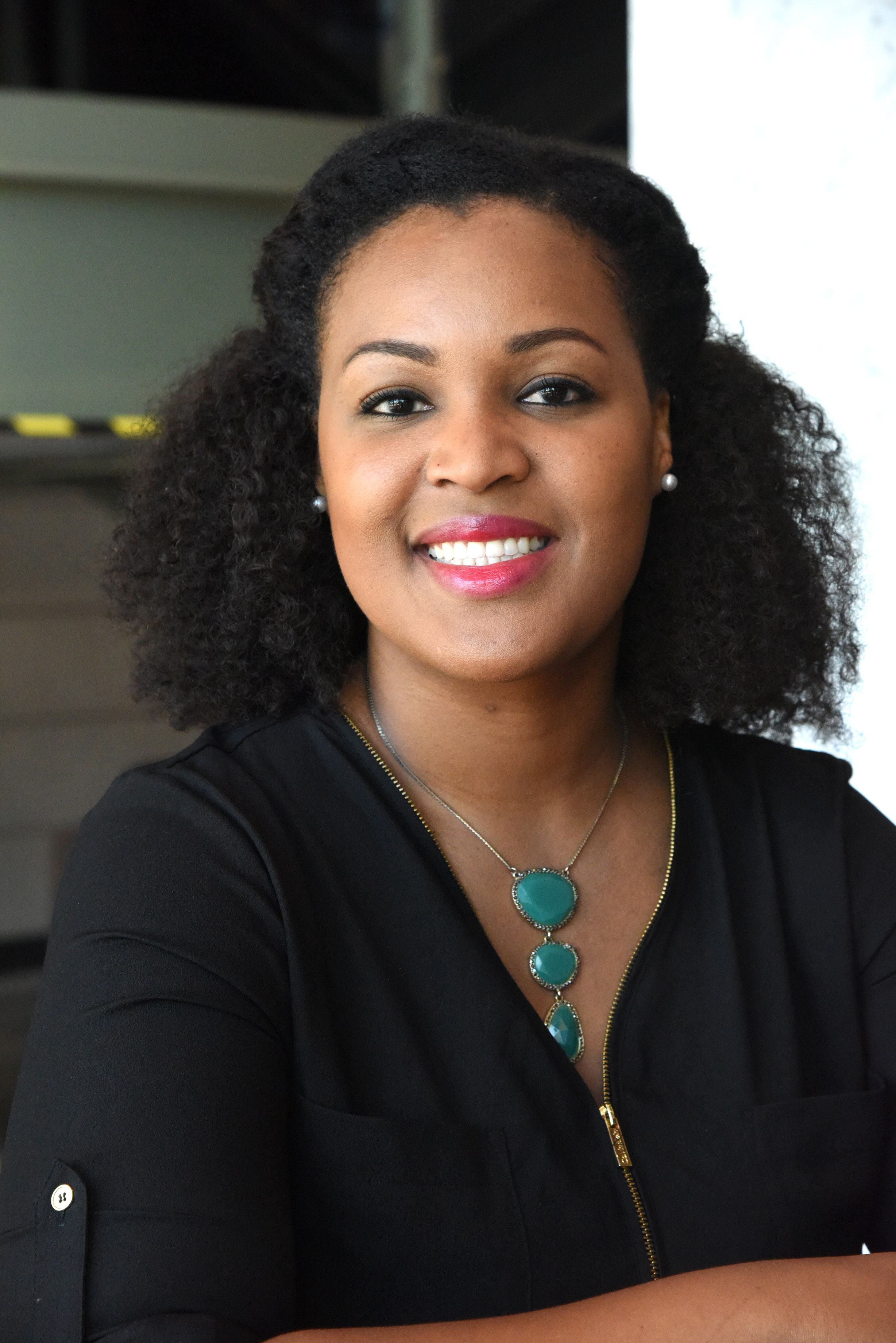 Roya Gordon found herself in a difficult spot, one common to veterans as they attempt to transition from military to civilian life. Gordon joined the U.S. Navy straight out of high school, and became an intelligence specialist, protecting the nation against enemies who operate in the shadows. Six years in the Navy left Gordon desiring additional education and she earned a degree in international relations and a master’s in global affairs with an emphasis in cybersecurity. At that point, Gordon had to make a decision. It was time to choose a career path. And like so many veterans, she struggled. None of the jobs she tried seemed to motivate her. The passion she felt serving her nation could not be replicated in a typical 9-to-5 setting. “It’s just kind of hard to find your place,” she said. She considered reenlisting in the Navy. At that point, however, she found her way, at a national laboratory in a state about as far away – geographically and culturally – from her native Florida as possible. Gordon joined INL’s fastest-growing directorate, National and Homeland Security. She and her colleagues help protect the nation’s power grids and other critical infrastructure against manmade and natural threats. As seen in the Ukraine right before Christmas in 2015, a cyberattack against a power grid is no longer a far-fetched notion. And a successful one would have very real economic, safety and security consequences. This is being recognized by policymakers at the federal and state levels. In 2016, Idaho legislators created a cyber lab, housed at Boise State University, to train the next generation of cyber experts. That effort will be assisted by another legislative decision, during the 2017 session, to create the Cybercore Integration Center on the INL campus in Idaho Falls. Protecting her friends, neighbors and community is what motivates Gordon every day, not unlike when she served her countrymen in the Navy. “I like my co-workers, managers and mission,” Gordon said. “It’s something that matters and is important to people, kind of like when I was in the military.” Gordon has even become accustomed to something she never experienced in Florida: those mornings when the car windshield requires scraping and you duck walk across the parking lot to avoid ending up on your back. A young woman who came to Idaho in November with no boots or coat hit the ski slopes, attended a Utah Jazz game and journeyed through Yellowstone Park. “This is becoming a place that I call home,” she said.
Glade Wilding - Sweating the small stuff 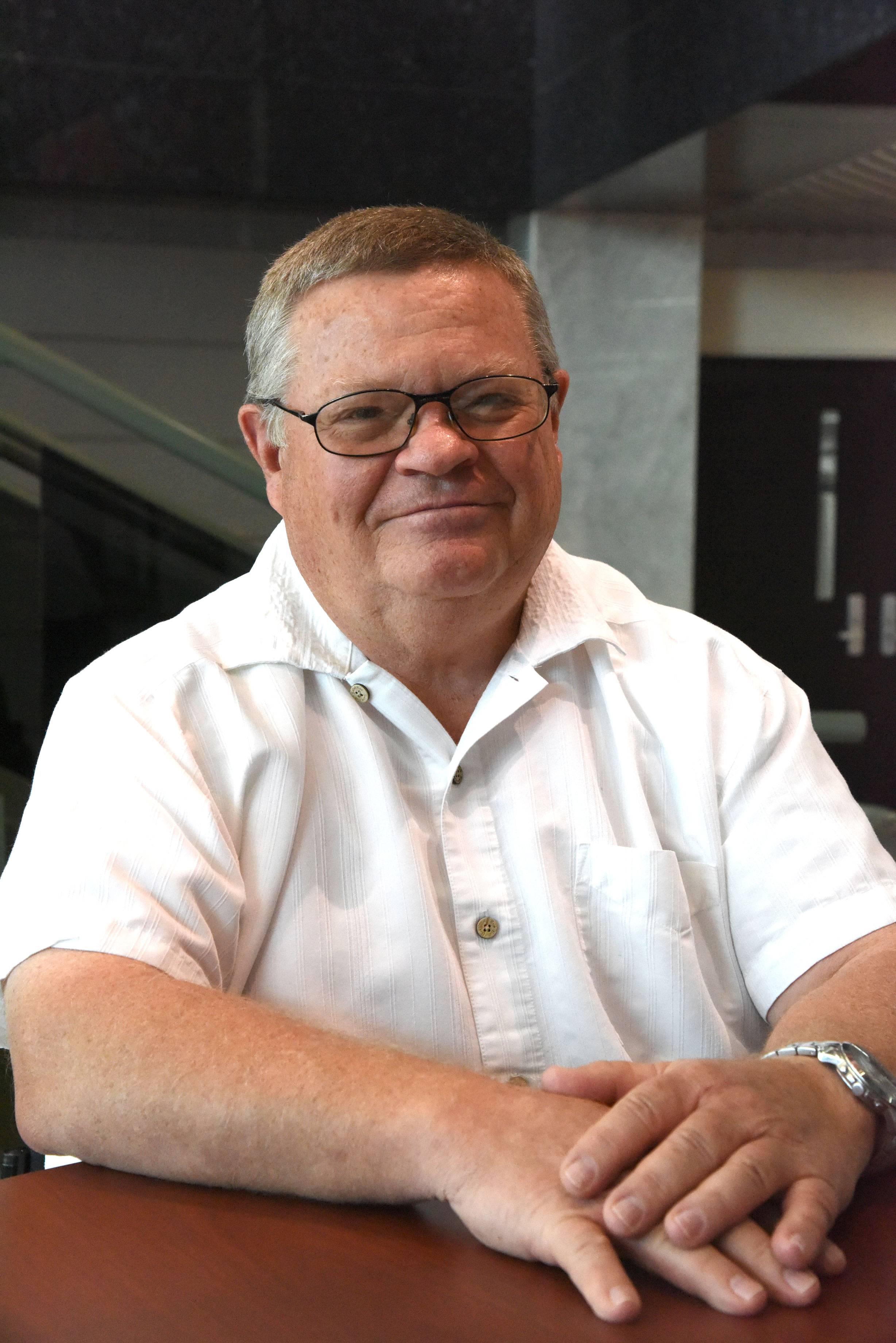 Attention to detail is Glade Wilding’s thing. Ask him how long he has worked at INL’s Advanced Test Reactor and you hear: “Ten years, on Oct. 1.” Ask next about the length of his service in the U.S. Air Force and Wilding does not hesitate: “Twenty-four years, two months and 19 days,” he answers. It’s a good thing that Wilding sweats the small stuff because, in his military and civilian duties, there always has been a lot on the line. In the Air Force, Wilding attained the rank of master sergeant, and had 63 people working under him when he retired. His crew was in charge of the electronics on aircraft, making sure pilots could depend upon such vital tools as flight control computers, radar systems, jamming equipment, and friend or foe identification systems. After retiring from the Air Force, Wilding didn’t ease into a swivel chair and cubicle. Instead he got fitted for anti-contamination clothing. Wilding is a process operator at ATR. When scientists and engineers need something done physically with the reactor – starting up or shutting down a system, or valve testing – Wilding is one of the people they call in to complete the task. “There is no margin for error,” Wilding said. “We had no margin for error in the Air Force, either.” Wilding’s work still has a military connection. The Navy is ATR’s primary customer and its aircraft carriers and submarines go for two decades and longer without refueling because of testing conducted at the reactor. That saves taxpayers millions of dollars and ensures that the Navy’s best and most capable are patrolling the seas and not sitting in port waiting to be refueled. As was the case with Gordon, the transition from military to civilian life was not always easy for Wilding. “When I came here, I was low man on the totem pole,” he said. “It was an adjustment, let’s put it that way.” An adjustment that has been helped by coming home. A native of nearby Mud Lake, Wilding’s Air Force career took him and his family to Illinois, South Dakota, Texas, Colorado, South Korea and Germany. But when his children decided to attend Ricks College (now Brigham Young University-Idaho), Wilding came full circle. “It’s been good to be back,” he said. “And I’ve really enjoyed my time at INL.”
Paul Marley - Protect and serve 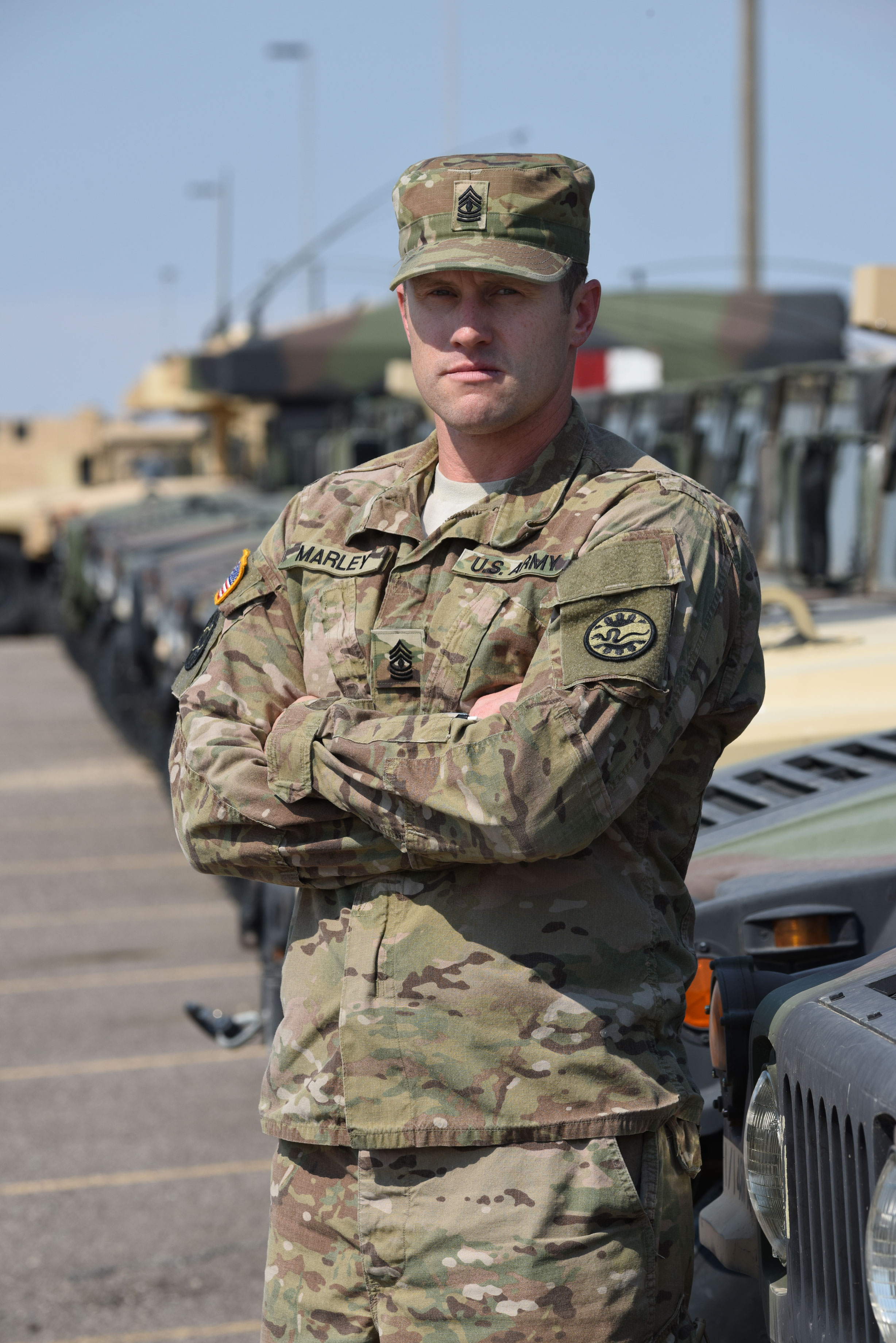 Paul Marley has been an INL security police officer for nine years. These are the folks who secure nuclear materials at facilities on the laboratory’s 890-square-mile site. That results in lots of vehicle time, securing perimeters, talking to INL employees, making sure all is as it should be at the nation’s lead nuclear research and development laboratory. Marley’s relationship with the military predates his INL employment, and continues today. The Pocatello resident has been a member of the Idaho Army National Guard for 19 years. Volunteers of this reserve national force hold civilian jobs and are trained to defend their nation. They can be activated by the governor in response to man-made or national disasters. “A lot of things cross over with each other,” Marley said of his two jobs. That, of course, includes weapons proficiency. Interestingly, Marley said his near decade at INL has improved his marksmanship. “I think I got a lot better at it working at INL,” he said. “There are some of the best instructors in the world at the lab. You might not guess that, but it’s true.” One thing Marley never worries about is getting the time off he needs to fulfill his guard duties. As a federal installation, with direct and indirect ties to the military, INL and its leadership team understand and respect this commitment. “They’ve made it really easy on me,” Marley said. “There have been zero complaints. My bosses are fully supportive of my military commitments.”